A WORD BY THE JURY

Impressive number of entries at this year’s contest of 17th International comics festival (404 entries, from 26 countries) is a testimony of continuity and successful mission of nurturing the creativity in this medium. From introspective searches to more classic genre settings or actual phenomenological issues, both established authors and beginners presented various creative strategies and positions.

Among the young authors up to 15 years of age, dominance of ecological themes is noticeable, and all three awarded works are distinguished by the noble veracity of expression and the talent that undoubtedly belongs to the domain of comics.

The entries also included tables of authors of already confirmed values, fierce handwriting and compositional executions, which provide the foundations and reliability of the scene. However, this year's prize for best graphics was given to an entry whose oneiric art and linear subtlety goes beyond established paths and move through an authentic drawing research process. The comics awarded for best script effectively overcomes the difficult to grasp topic of an existentially poetic nature. The fluid flight of thoughts and dreams of balanced artistry characterizes the awarded entry in the field of alternative comics, while the award for best classic comics goes to the comics that distinguished itself by mature ironic interpretation of an acute civilization issue, and a persuasive creative articulation.

Grand Prix, and also the award for innovation, is given to the entry that represents not only the achievement of a distinctive innovative approach, but which is probably one of the most significant works from this year’s entire production of visual arts. Namely, The Invisible wave by Dragana Kuprešanin's is a top-notch project, a kind of art object, characterized by the seriousness and firm foundation of the ambitious concept and the highest standards of its realization, high graphic culture, sophistication and precision of expression, and complex research penetration into other dimensions of perception, both literally and in the broadest sense; that is, the penetration of comics into the space of a demanding artistic act.

Dragana Kuprešanin (Belgrade 1982) is an artist, painter and alternative comics author. She graduated from the Faculty of Applied Arts in 2008 and from the Faculty of Fine Arts in 2011. During her career, she had 25 solo exhibitions and over 250 group exhibitions and participations at various art festivals in her home country and abroad. She deals with alternative comics since 2004, and since 2008 she researches comics and border media that use the conventions and language of ninth art, with the tendency to re-examine the structure and definitions of comics. She was awarded numerous times for her works in fine arts (drawing) and applied arts (design, animation, comics). She is a member of various artistic associations and had a status of freelance artist from 2012 to 2018. She attends Ph.D. studies at the Faculty of Applied Arts, where she was teaching assistant at departments for drawing and painting in 2014-2016. Since 2018, she is teaching associate at the College of Fine and Applied Arts of Vocational Studies in Belgrade.

∙ AWARD FOR THE BEST SCRIPT:

∙ AWARD FOR THE BEST GRAPHICS:

JURY AWARDS FOR THE AUTHORS UP TO 15 YEARS OF AGE

(No. 74) Dragan Stošković, Serbia, “The Apprehension” 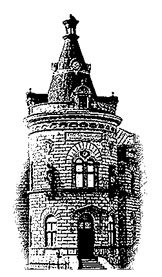